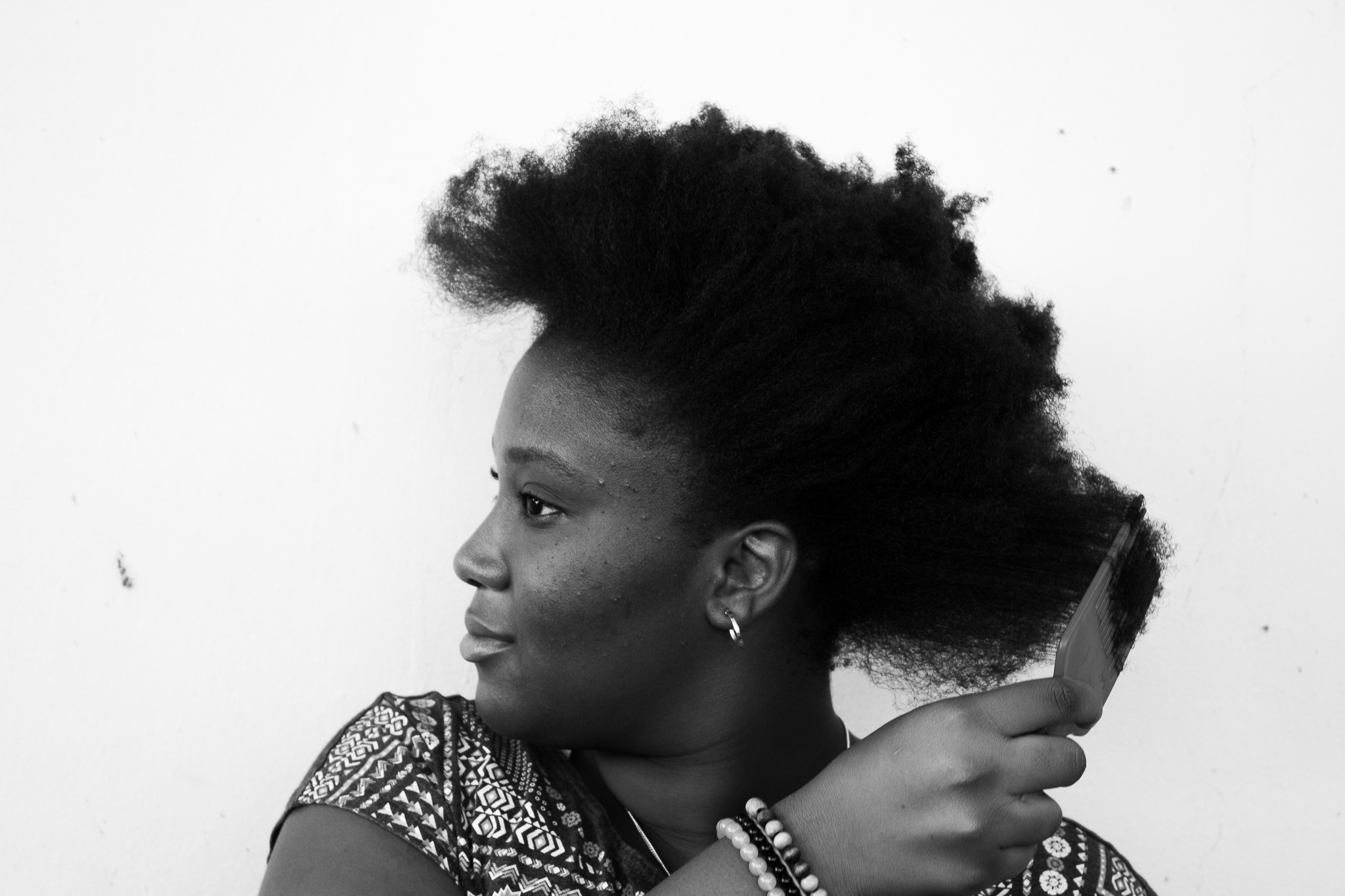 Straightening is dangerous. However, for many women it represents the “freedom”, the “feeling of the wind in the hair”, the “end of crying children”, he “Beyoncé Look”, the “shaking the hair as in an advertisement for L’Oréal”.

According to Juliette Smeralda, women would mostly relax their hair for these reasons:

* Facilitate the hairstyle and make it less painful

* Be beautiful and seduce

At what cost? Especially with the many blogs, videos, and Facebook pages on the theme of natural hair we can see that we can quite have the freedom, the hair that fly in the wind, and no tears in disentangling and all this with Nhappy hair. Yes, it is possible!

Components of straightening; that is what is found in the products that serves to unclog the pipes of your toilet! So would you put those products on your hair? The caustic soda contained in the straightening is irritating and corrosive to the skin, eyes, respiratory and digestive tracts. In the medium and/or long term the chemicals of the straightening pass into the blood and can give cancer. These are much stronger products than can be found in a cream or lipstick that also may contain cancer-causing chemicals but at much lower concentrations than straightening. [Thank you google!]

Another effect of straightening is chemical alopecia, the destruction of capillaries and pores, fine, dry, damaged, broken hair that no longer grows and stagnates at the same size for several years.

Here is something you should watch. “Good Hair” is a 2009 American documentary. The film focuses on the issue of how African-American women have perceived their hair and historically styled it. The film explores the current styling industry for black women, images of what is considered acceptable and desirable for African-American women’s hair in the United States, and their relation to African American culture.

In Chris Rock’s ‘Good Hair’, we can see at one point a chemist who soaks a can of coca in a relaxer product. And, after a while, the can is completely burned! If a product can be so strong as to burn an aluminum can, how can one believe that a thin layer of Shea butter, the one applied to the ears and around the skull to protect the skin, can to be sufficient to prevent the product from having an effect on the scalp?

In addition there are straightening called « for children » who have exactly the same composition as adult straightening which is the same as putting what cleans your toilet on the head of a child.  Straightening should NEVER be applied to a child!

Fellas, this is not just about straightening. It is about all type of products that perm the hair. It is valid for smoothing with keratin, Korean, Brazilian, Japanese, American, French, African, and Papuan ones. All this is just a marketing argument. Any capillary transformation of this scale is necessarily chemical and potentially dangerous. Once the hair is that damaged, it is impossible to repair it, even with less products stuffed with silicones.

In Senegal, women spend so much money just to perm their hair. 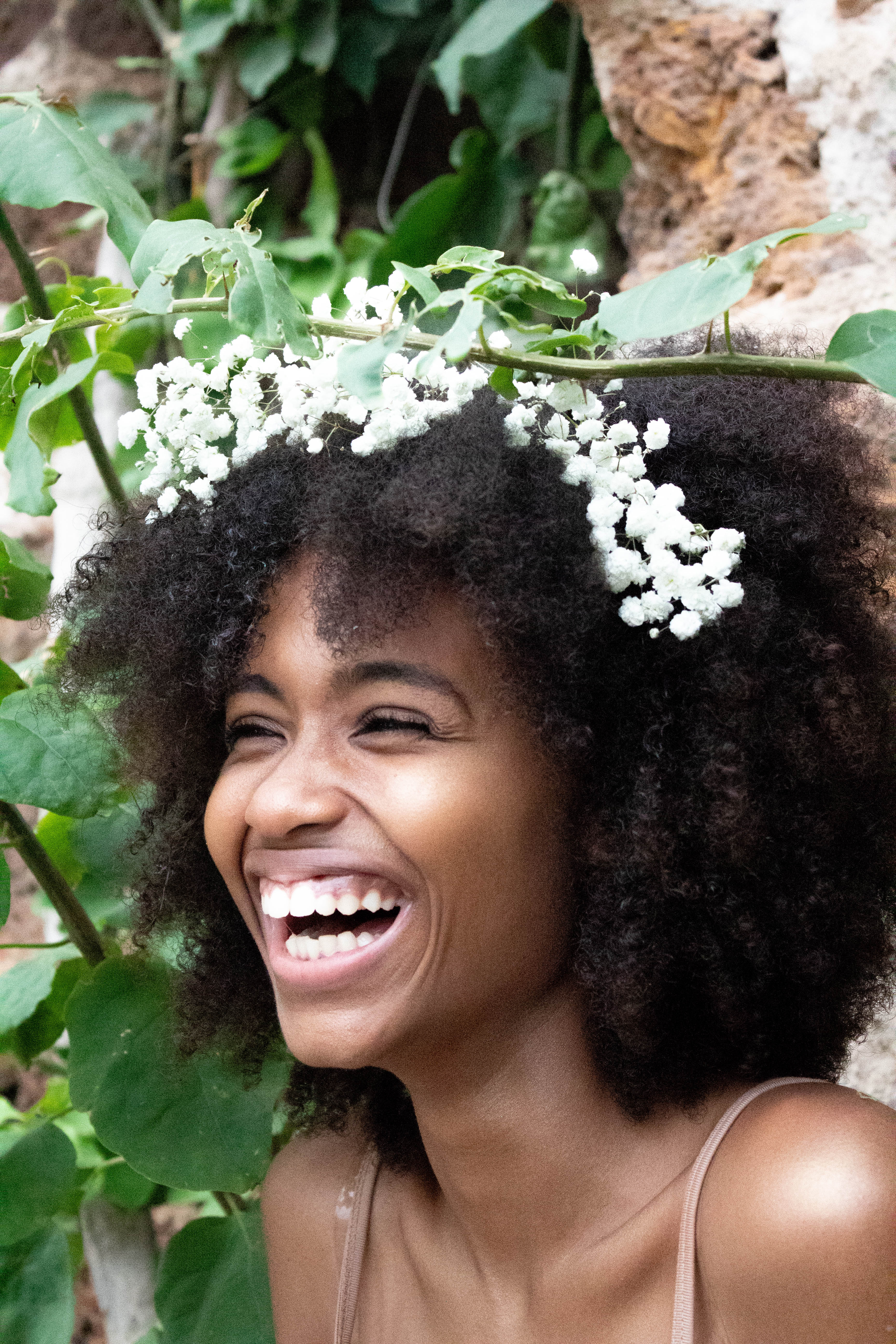 Why wasting that much money when you can be beautiful with you hair naturally?